This is the second of three posts on how to answer the question ‘is it genetic?’ While the first post discussed spontaneous changes that just happen, as exemplified by the loss or addition of chromosomes, this second post digs into what many people tend to focus on with the ‘is it genetic’ question: traits that are found in one or two genes and can be inherited, shared between generations.

These are the most standard image of ‘genetic’ conditions – things that because a parent or grandparent has that trait, there’s an increased chance of the individual also having that trait.

Whether it be hair color, eye color, or the inability to process certain chemicals, there are a lot of these things out there, and something that people commonly hear about when conversations about genetics come up.

In some cases, there’s an associated benefit(such as sickle-cell anemia, which while detrimental if fully inherited, was a huge evolutionary advantage to a carrier of that gene), while in others it really just is a random change (and often detrimental).

Managing this can be hard, and this is what many people picture when talking about ‘genetic’ conditions.

Testing for these conditions

Since many of these conditions do run in families, there is a reasonable chance that you may know if your family(and therefore possibly your children) are at risk for a specific inheritable condition.

For the better-researched and more common of these, there often are tests that can be taken as well.

For example, both potential parents can be tested for Tay-Sachs or Cystic Fibrosis at any time.

Both of these conditions are inheritable recessive traits, so both parents need to be a carrier of this condition in order for there to be a chance of the child inheriting it. Even then, there’s generally only a 25% chance of conceiving a child with that condition.

Often testing can also be done through amniocentesis(during pregnancy) or at birth. Using this testing to determine whether or not to carry a pregnancy to term is a form of eugenics and a major source of contention within the disabled community.

Much of this also is about personal choice and about making decisions with the best intentions at heart.

Children born with the most common form of Tay-Sachs, for example, really can’t have much quality of life, and generally don’t survive past the age of 4, so preventing the conception or birth of a child with Tay-Sachs may be an ethical quality of life decision, where many other conditions are nowhere near as clear cut.

This may change in the future as medical research advances.

These conditions can also be tested for in infants after the child’s birth. Most inheritable conditions can be managed better when diagnosed early, even if there is no cure.

My point is that these conditions are things that if you have the ability to get genetic testing done before conceiving a child, doing so could inform you of the potential risks and if there is a possibility of creating a child with a deadly or life-altering inheritable condition – bearing in mind that most people are carrying some genetic abnormality or other.

In some cases, you don’t know that you and your partner carry this potential, and the child is only diagnosed after birth(whenever the symptoms of this trait begin to show).

However, both these conditions and the category we talked about last week are often testable, and can generally be proven through karyotyping or other forms of gene-based testing.

My experiences with testable, inheritable traits

A good friend of Al’s grew up with Cystic Fibrosis. The condition is associated with a mutation that prevents a particular protein (CFTR protein) from working properly. It is supposed to conduct chloride(an essential component of salt) to the surface of a cell. Because it doesn’t work properly, mucus forms, and becomes especially thick and sticky.

Think about how much mucus forms when you have a cold, and how hard that can make breathing – now imagine constantly having mucus, all the time, but much harder to move or breathe through.

People with cystic fibrosis can be suffocated by their own mucus when it gets bad enough – and so are especially at risk from colds, flus, pneumonia and other mucus-associated health conditions.

The other major complication associated with this mucus is bacterial or fungal infections. Just like how colds can often lead to sinus infections, the CF mucus accumulation can also increase the risk of infections.

This increases the workload for the immune system, including increasing mucus production. It can be a pretty vicious cycle.

Growing up, I was under the impression that many folks with CF don’t survive past their early twenties due to complications from CF.

However, with improvements in modern medication and improved success rates with transplants, people with Cystic Fibrosis have a lot more to hope for.

Al’s friend received a double-lung transplant two years ago, after being treated for CF most of his life.

While he still needs to live with the other risks associated with cystic fibrosis, and with the risks involved in being a transplant recipient, he does have the potential to live a long and healthy life(substantially healthier and longer than otherwise, for certain).

Each step of diagnosis and treatment can be challenging, but the important thing is considering the alternatives.

I don’t know if his parents knew that they were carriers for cystic fibrosis(both parents have to be carriers to have a child with CF), or how quickly he was diagnosed.

I do know that both Al’s life and mine are richer for knowing him, and I wish him nothing but the best of health.

What they have in common is that the treatments are designed to make up for whatever damage the genetic issue causes.

In the case of cystic fibrosis, as I explained above, medications are used to decrease mucus formation and lower the risk of infection, while helping the person with CF live for a longer time before they need severe steps like a lung transplant.

While there isn’t a cure(and there aren’t cures for many conditions), early diagnosis is often possible with these sorts of genetic conditions, which leads to early treatment, and increases the potential life span of most people with many of these inherited conditions.

Sickle Cell Anemia is a condition that originally had evolutionary advantages, but they are less necessary now than they were previously(especially for people who don’t live in areas with malaria anymore).

The genetic information is still there though, so now people who inherit the sickle cell trait from both parents are left with fewer red blood cells(causing low energy and associated issues), the risk of delayed development or puberty, pain and swelling anywhere in their body(due to the awkward size and shape of sickle-cells), or frequent infections(often caused by blood flow issues).

The medication offered is designed to manage the pain, and there are some more extreme measures(blood transfusions and stem cell transplants) that can help in more severe cases.

Again, most treatments are designed to either correct the loss that the genetic change causes, or to mitigate the pain that is associated with the condition.

Because these types of conditions are hereditary, the only way to prevent their occurrence is genetic testing for all potential parents, with the possibility of testing all at-risk fetuses.

While that may be reasonable in cases where the quality of life is negligible, it isn’t something enforcible or possibly even appropriate to manage.

Much of this is about individual choice, and the ability to plan ahead. If testing were available across-the-board, potential parents could be aware of the risks they could pass down, and be able to make informed choices about whether or not to get pregnant and whether or not they may want the fetus tested for specific conditions.

This can be a slippery slope because many of these conditions aren’t deadly or destructive to a person’s way of life. Also, there are always going to be conditions that are less easy to test for or more challenging for the parents to make informed decisions about.

I believe that every child conceived has potential and every child born is worthy of love. For people born with conditions that can trigger others to consider abortion has got to be painful for all involved.

There are no simple answers, but for each person, individually, having knowledge can be helpful, and doing research can help inform your decisions(or help you better understand the challenges your parents may have faced).

Inheritable traits are a big part of who we are as people, and potentially disabling conditions are a part of that legacy. Identifying potential risks can help each person make the best possible decisions for themselves and their future family.

As a person with a sometimes-invisible illness that straddles neurology and psychiatry(Functional Neurological Disorder), I've dealt with a lot of the stigma surrounding physical and mental illnesses and both visible and invisible illnesses. I want to help other people with disabilities to regain perspective and control over their lives through manageable steps and make their lives better, one step at a time.

Spread the love   19      t’s that time again, I’m writing in response to A Chronic Voice’s monthly linkup.  May prompts: upbringing, forseeing, panicking, accessing, soothing Times are scary and stressful.  I am at a strange place in my life, where I am doing what I can to stay positive and hopeful, while at the same time feeling like not…

Spread the love   14      Over 30% of households with a working-age disabled adult who cannot work do not regularly have enough food to meet their basic nutritional needs.   Think about that! Those of us who do have enough to eat need to pause and be grateful that how to prepare foods is the issue for us!… 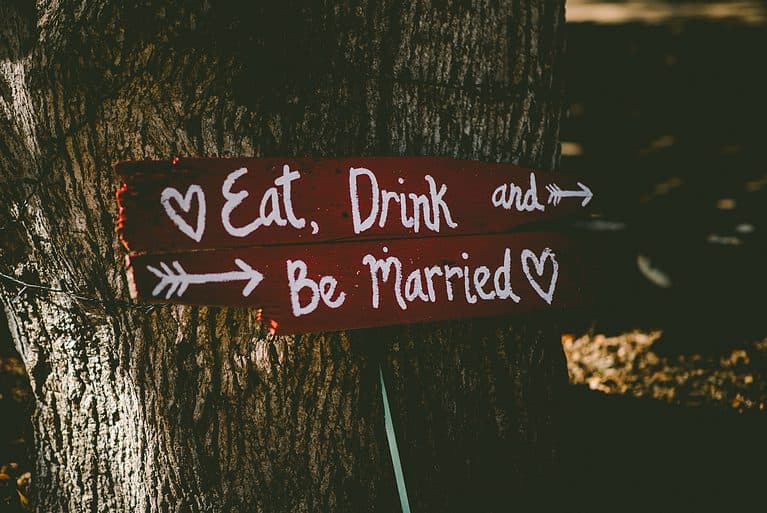 Spread the love   9      While I’ve talked about this a bit previously, I want to dig a bit more into the idea of getting or staying married while on disability coverage. The first and most basic thing that I want to emphasize is that this is a choice and that there’s no automatically right or wrong answer….

Spread the love   12      I’ve been active during the time I’ve taken off from posting. One of my biggest efforts was a multi-day trip to Washington, DC to join the Poor People’s Campaign in a push for congressional reforms through civil disobedience. We had a simple set of demands for the Senate, which has, of yet, been…

Spread the love   11      I don’t know about you, but I tend to feel a bit depressed around the holidays. I definitely know that a big part of it is how strongly I associate this time of year with my father’s death. I’ve got a long history with depression and have learned that I tend to mentally…

Spread the love   24      Once more, I am participating in A Chronic Voice’s monthly linkup. words: Regrouping, Investigating, Boosting, Setting & Reviving Today, I want to talk about how very strongly we can be affected by other people and other people’s emotions.  I want to talk about boundaries and expectations, and how multigenerational damage can work. I…

Want help picking your best healthcare plan option? Join me on November 11th forSelecting the best plan for you!
+
Get Free Resources!